One of the signature features of our times is the dramatic disconnect between the speed with which the climate emergency is unfurling, on the one hand, and our ability to integrate this reality into our day-to-day life, on the other. In an article earlier this summer, David Wallace-Wells, the author of The Uninhabitable Earth: Life After Warming (2019), reflected on what he called the “phenomenon of cascading climate impacts.”

“How many natural disasters does it take to qualify as biblical, or apocalyptic, or at least to make us understand that we are living not through a bad week, or a bad year, but an unraveling climate system in which so much of what we take for granted as permanent features of the built environment may be turned into flotsam and jetsam by unprecedented weather?” he asked.

His haunting question came to mind this month as I read one report after another about the record ice melt in Greenland. Scientists estimate that by the end of the summer something like 440 billion tons of ice will have melted or calved off Greenland’s giant ice sheet.

In just five days from July 31 to August 3, more than 58 billion tons melted from the surface of the world’s largest island, 40 billion tons more than average for this time of year. That’s not taking into account the huge ice chunks breaking off into the ocean or warm water attacking the glaciers from below.

Just since the 1990s, Greenland’s rate of ice loss has increased from 41 gigatons per year to 286 gigatons per year during the period from 2010 to 2018. A recent study found that, if greenhouse gas emissions are not cut significantly in the next decade or two, Greenland could contribute up to two feet of global sea level rise by 2100.

How does one even begin to comprehend the enormity of this catastrophe?

Wallace-Wells suggests that our capacity for denial and compartmentalization may be such that we actually never come to grips with what we are doing and the threat that it poses to our very existence. Instead, we simply incorporate each new horrifying event into a “new normal” and move on. Even more disconcerting, Wallace-Wells thinks we may begin to find ourselves normalizing ” clear and terrifying patterns,” not just single instances of extreme weather events and climate disasters such as the India heat wave in June or the vast, ongoing fires in the Amazon.

At that point, obviously, our doom will be sealed. We must do everything possible, then, to keep reminding ourselves that nothing about what is happening to our climate and its impacts is normal. We must keep talking with each other and finding ways to act collectively that push back against any of this from becoming normal.

As Greta Thunberg, the 16-year-old activist who has called for a global climate strike on September 20, reminds us, ” Yes, we are failing, but there is still time to turn everything around. We can still fix this.”

The weather in Tompkins County has been beautiful this June. Spring got off to a slow start in April, with one rainy, gray day following another and temperatures at night dipping into the 30s even at the end of May. But then June arrived and with it so did the warmer and sunnier days. Gardens are exploding with new growth, the fields and roadside ditches are full of wild flowers and the landscape is green and lush.

We have every reason to be grateful. But in much of the world the climate emergency continues unabated. Just a few of the noteworthy items in the news recently:
As the 2018 achievements of Tompkins County Climate Protection Initiative (TCCPI) coalition members show, our community has pursued a wide range of activities to tackle the challenge of reducing greenhouse gas emissions. The unanimous approval by the City Common Council of Mayor Svante Myrick’s Green New Deal for Ithaca is another dramatic indication of the local commitment to battle the climate crisis, marking a potential inflection point. But clearly there is much work to be done and, as the onrush of global developments starkly reminds us, there is little time to waste. If we are to bend the curve of history in the right direction and avoid catastrophe, we must redouble our efforts and push onward, refusing to rest on our laurels. 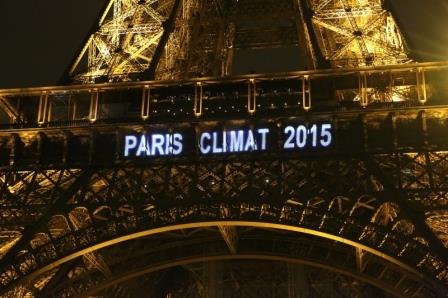