There are lots of reasons to bid 2016 good riddance. But there was one moment that stood out in striking contrast to the tawdry events of the last twelve months: the day earlier this month when the U.S. Army Corps of Engineers announced it was denying an easement to Dakota Access to drill under Lake Oahe and the Missouri River for the Dakota Access Pipeline (DAPL) until an Environmental Impact Statement is completed and alternative routes are explored.

By the time this announcement hit the news wires, more than 550 activists known as “Water Protectors” had been arrested as a result of their peaceful and prayerful protest against DAPL over the past nine months.

Protesters against the Dakota Access pipeline on the Standing Rock Sioux Reservation.

As Rebecca Solnit noted, the victory was “not necessarily the end of the road, but a really great milestone.” It underscored “the importance of knowing that we don’t know what will happen next,” the need “to live on principles, hunches and lessons from history,” and the essential value of “standing up for what you believe in, even when victory seems remote to impossible.”

The proposed pipeline route generated intense opposition because, aside from the threat posed to the Missouri River ecosystem, it cuts through the ancestral lands of the Standing Rock Sioux Tribe and other members of the Oceti Sakowin or Great Sioux Nation. These lands and waterways are sacred to the Oceti Sakowin.

The 1,172-mile DAPL would connect the Bakken oil fields in North Dakota to refineries in Illinois, shipping roughly 570,000 barrels of crude oil per day. The Bakken Shale holds an estimated 5 billion barrels of oil, and is producing approximately 900,000 barrels per day.

What does this incredible level of production mean for climate change? This past spring University of Michigan researchers concluded that the Bakken field alone accounts for about 2 percent of the world’s ethane, about 250,000 tons per year into the air, directly affecting air quality across North America. These emissions, combined with combustion of Bakken oil, are major contributors to the global climate crisis that threatens our well-being and that of future generations.

The fear that a break in the pipeline could have a devastating impact on the Missouri River and the millions of people who depend on it for their drinking water is not merely theoretical. Energy Transfer Partners, the Texas company behind Dakota Access, has a long history of violations of environmental laws. These infractions include citations for releases of hazardous materials from its pipelines and facilities in Ohio, Oklahoma, Louisiana, Missouri, Texas, Pennsylvania, and Hawaii.

In one year alone, there were over 300 pipeline breaks in North Dakota. Numerous pipeline spills of millions of gallons of oil and contaminants into the Missouri River and its tributaries have already occurred. Most dramatic was the release In January of over 50,000 gallons of Bakken crude oil into the Yellowstone River in Montana. The lesson is painfully clear: pipelines fail, despite the many claims about their safety, spilling oil across the land and into nearby creeks and rivers.

DAPL may yet get completed. But the struggle against its construction has brought together the greatest single gathering of native North Americans ever, inspiring a new generation of tribal activism. Just as important, the resistance has demonstrated the many ways in which the environmental and social justice movements are intertwined as well as the crucial role that indigenous people play in the climate movement.

In a year in which reactionary and racist forces have combined with greed and corruption to produce an unending wave of unsavory developments, the courage of the Water Protectors at Standing Rock reminds us that when we come together as subjects in history, not just objects of history, great things can be accomplished in the face of overwhelming odds. It comes as no small comfort that 2016 closed on such an inspiring note. 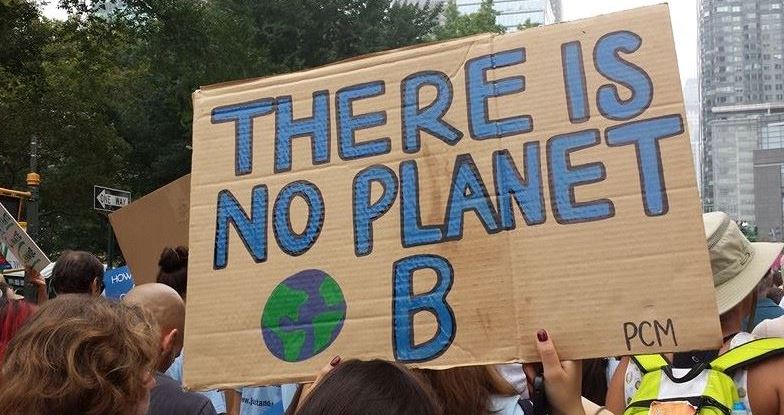