The sudden appearance and rapid spread of the coronavirus is an unsettling reminder of how chaotic and uncertain the world can be. Seemingly out of the blue, this new and deadly virus is upending life across the globe — the latest reports identify almost 50 countries that have confirmed cases of infection.

In China, the epicenter of the outbreak, manufacturing, construction, and other economic activities have dramatically slowed down and even come to a halt, while air travel in the country has decreased by 70 percent. As a result, China’s carbon dioxide emissions over the past three weeks have declined by 25 percent.

It’s hard to escape the feeling that a similar unraveling of daily life is what the climate emergency has in store for us. The sense of foreboding is palpable. The fragility of modern life, its dependence on complex webs of supply chains, intricate social systems, infrastructure, and technology: all of it is up for grabs as we confront an epic series of disasters.

“Not all that long ago,” David Wallace-Wells observed this week, “climate change was a story unfolding only in the future tense.” Now, though, it has come “roaring into the present with a terrifying fury.” The incineration of one quarter of Australia’s forests in a single fire season underscores his point.

The ravages of climate destabilization, of course, are not confined to environmental destruction. Rising sea levels, extended droughts, flash floods, and wild fires are perhaps its most obvious manifestations. But less visible developments such as malaria, malnutrition, and heat stress will just as surely cause death and misery for millions of people as the climate crisis accelerates. If only global warming could inspire the kind of collective action that our fear of epidemics does.

More than ever, we need to remember that our fates as individuals and nations are intertwined. The poorest countries, as well as the most marginalized communities in the developed world, will continue to find themselves exposed disproportionately to the havoc that is underway. Just as doctors and nurses are rushing forward into the fray to care for patients struck down by COVID-19, the more fortunate among us need to act with a keen awareness that we are all in this together. It’s not just a question of morality; the survival of human civilization depends on it. In the words of Dr. Martin Luther King, Jr., “We are caught in an inescapable network of mutuality, tied in a single garment of destiny.”

As we close out the second decade of the 21st century, the stark reality is that the climate crisis has been getting worse every year. We are just now wrapping up the second warmest year on record and the last five years are the hottest ever recorded. Australia’s two hottest days in history took place one after another in mid-December, and then on Christmas Eve exceptionally warm weather  melted the most ice across Antarctica in a single day than any other day on record: 15 percent. Scientists warned earlier this month that the planet’s oceans are losing oxygen at an unprecedented rate as the temperature rises. I could go on.

The worsening climate emergency, however, is not the whole story. As Sharon Zhang notes, “the climate crisis escalated in 2019,” but “so did the climate justice movement.”

Arguably the most important development of the climate movement in the past decade, climate justice provides a radically new framework for organizing. It examines the sources and impact of climate change as well as responses to it, and asks who is affected first and worst in each case. In the words of Eddie Bautista, Executive Director of the New York City Environmental Justice Alliance, “Climate change affects everyone, but will not impact everyone equally.”

The recent emergence of the Green New Deal has underscored the central tenet of climate justice, that social equity needs to be at the center of any effort to shrink our greenhouse gas emissions. Calling on the federal government to drive public and private investments and meet climate targets, as Julian Brave NoiseCat writes, the Green New Deal seeks to “create millions of green jobs while modernizing infrastructure and leveling the playing field so that everyone – particularly communities of color, women, and working families – can participate in a new economy.”

The Sunrise Movement, which first appeared in 2018 and came into its own in 2019, has been one of the most effective proponents of the Green New Deal. Made up mostly of young people who came of age during the climate crisis, the Sunrise Movement campaigned across the country for the Green New Deal this past year. Marisa Lansing and Cheyenne Carter, two local Sunrise Movement leaders, explained at their presentation to TCCPI in October that the Sunrise theory of change emphasizes “democratic people power.” As they put it, “We build our people power by talking to people” and “through escalated moral protest.”

The Green New Deal has a long ways to go before becoming established policy, but make no mistake: it has dramatically changed the tone and dynamic of the climate debate and who is participating in it. It has brought a new moral focus to the conversation and infused it with a fresh, vibrant energy that can’t help but give one hope for the future, even in the face of increasingly dire news about the climate. 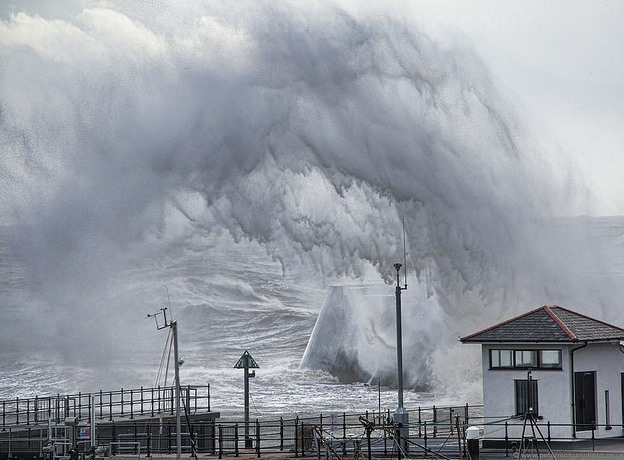